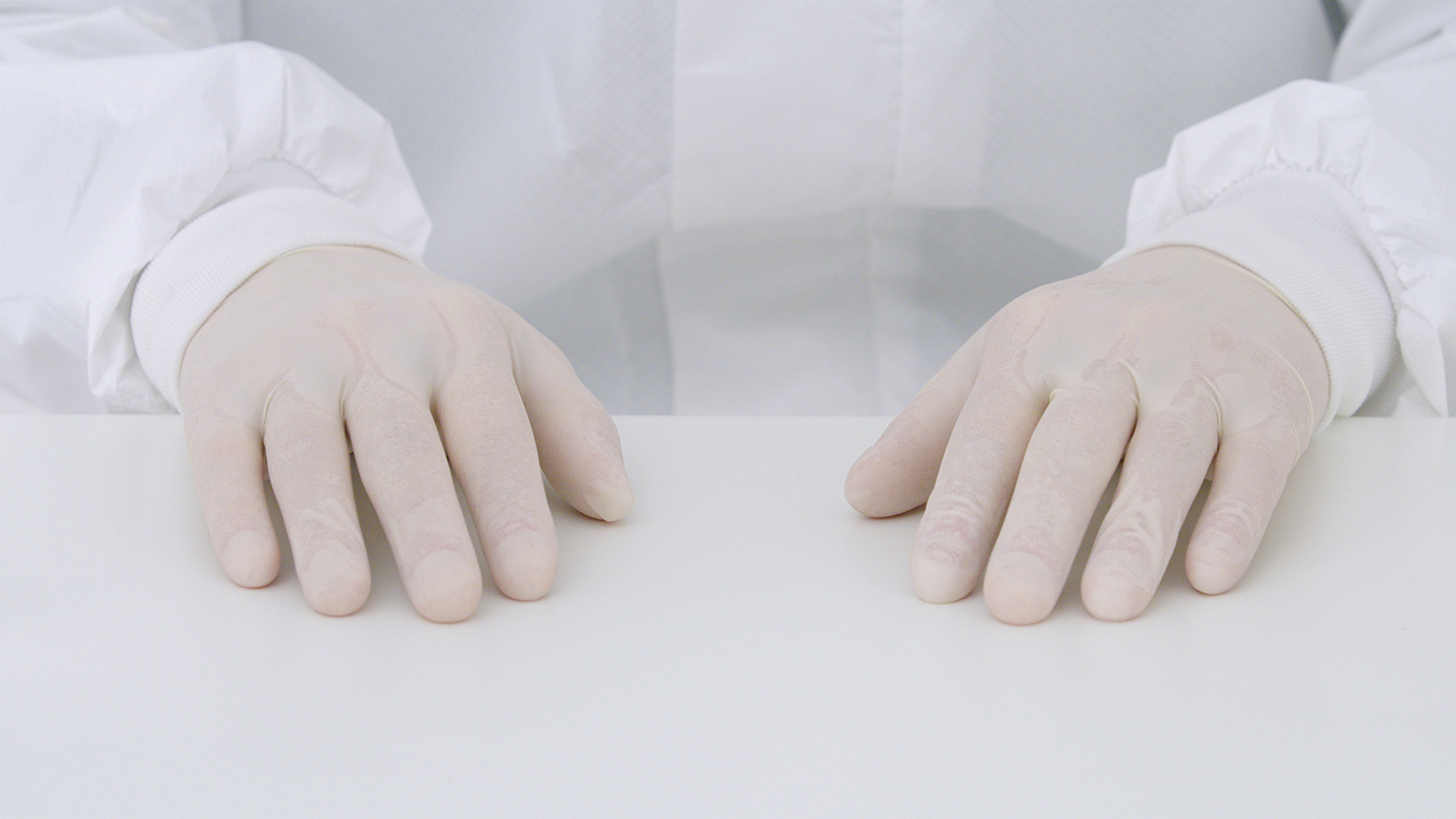 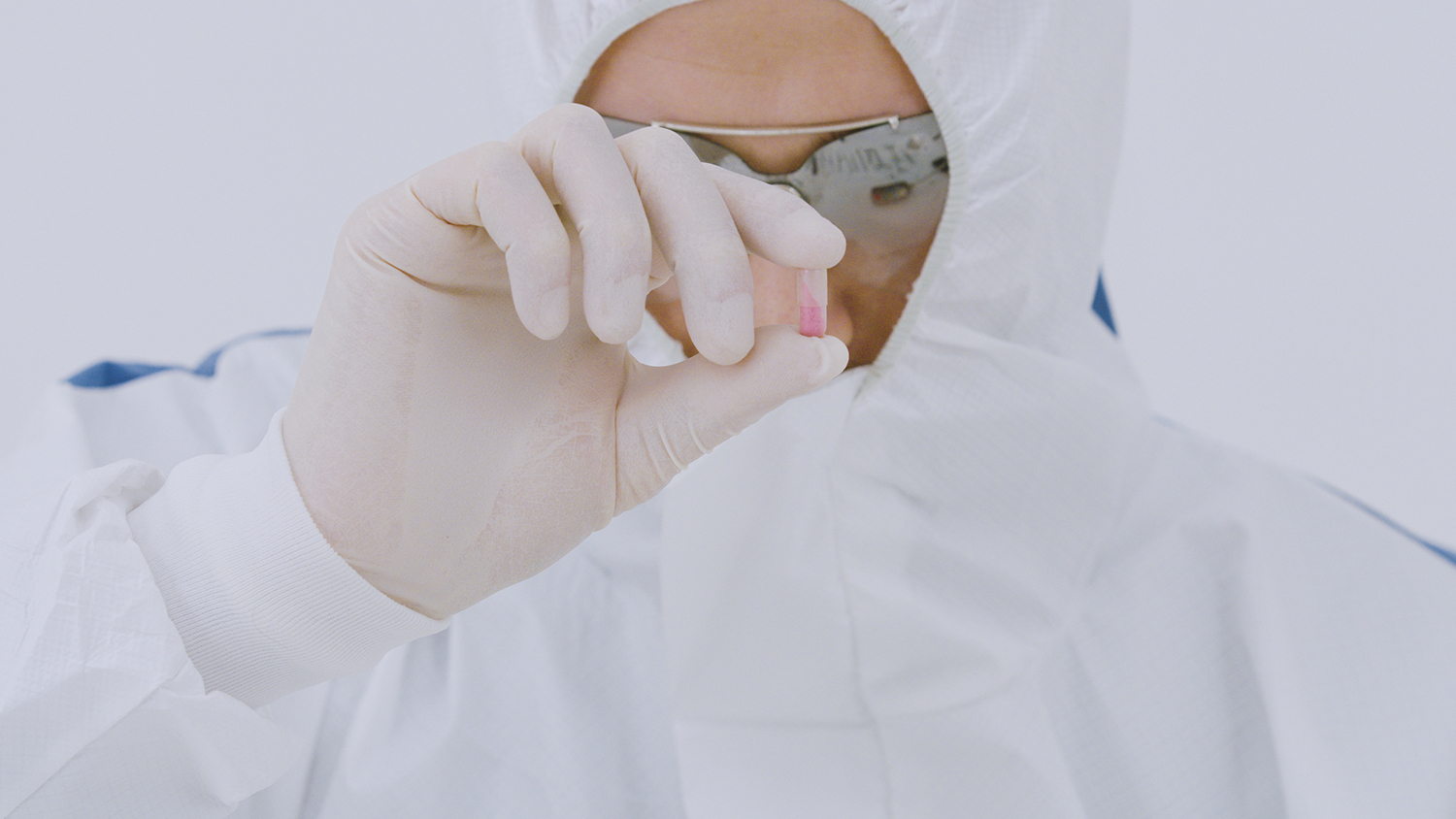 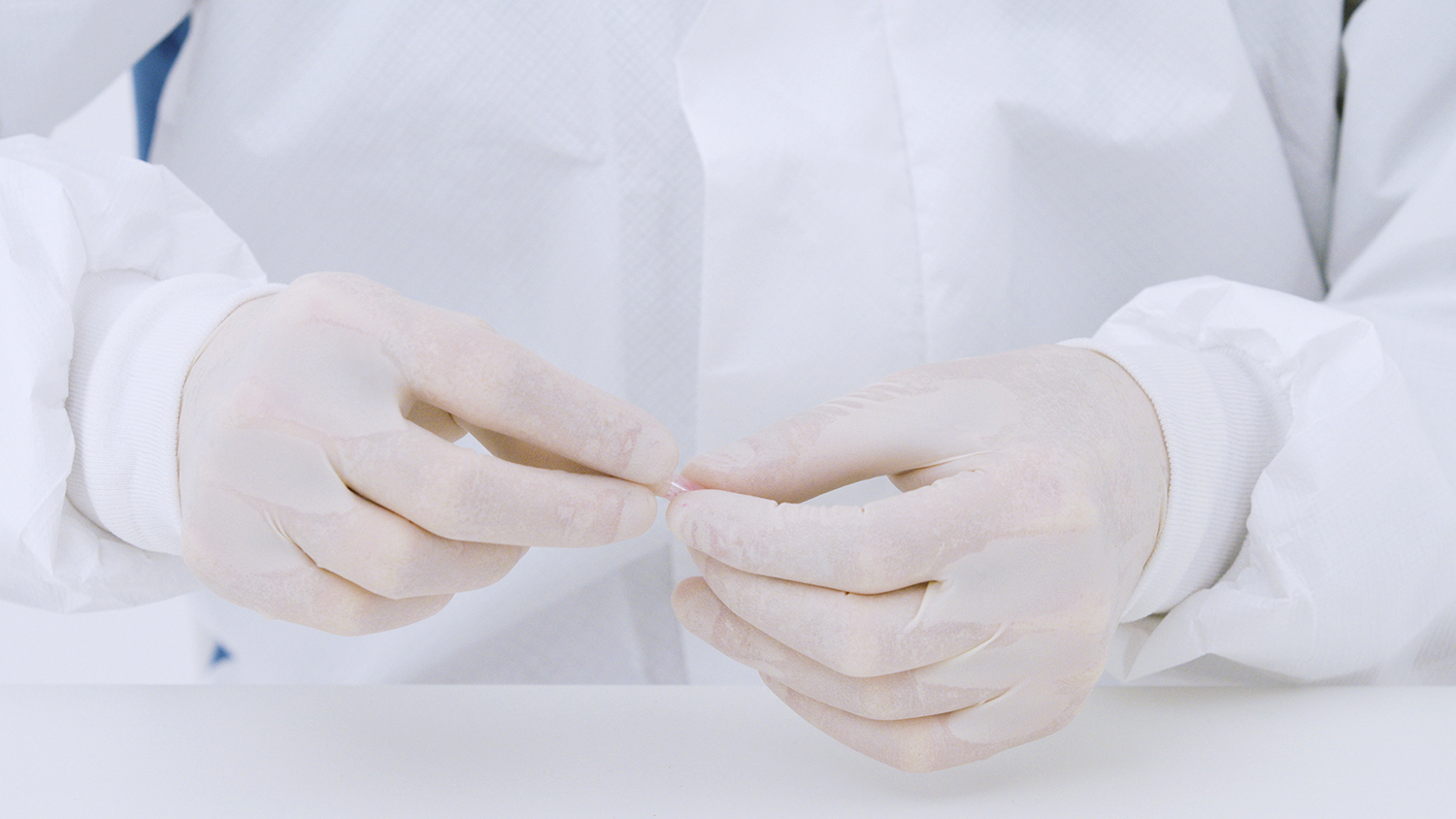 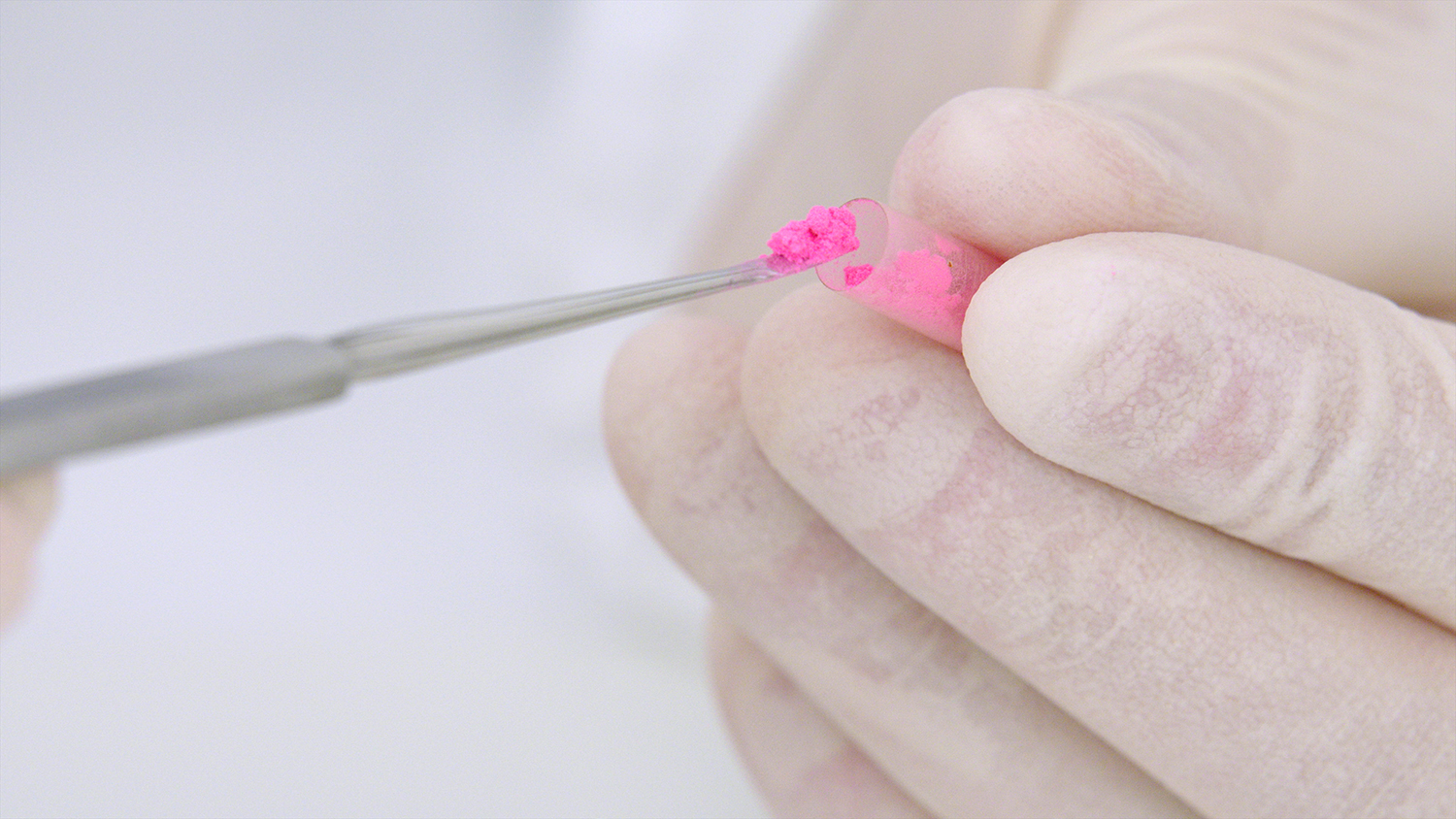 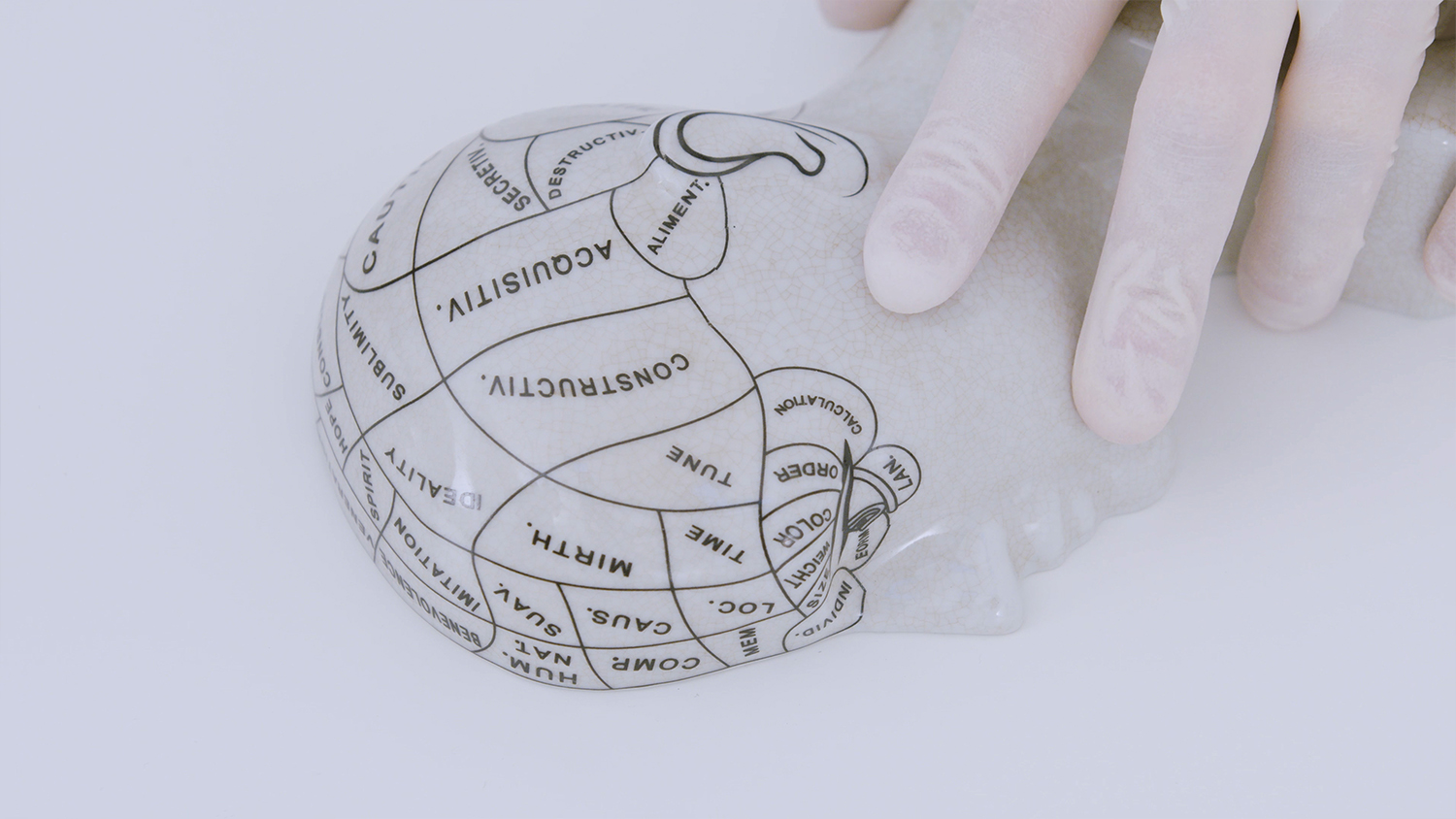 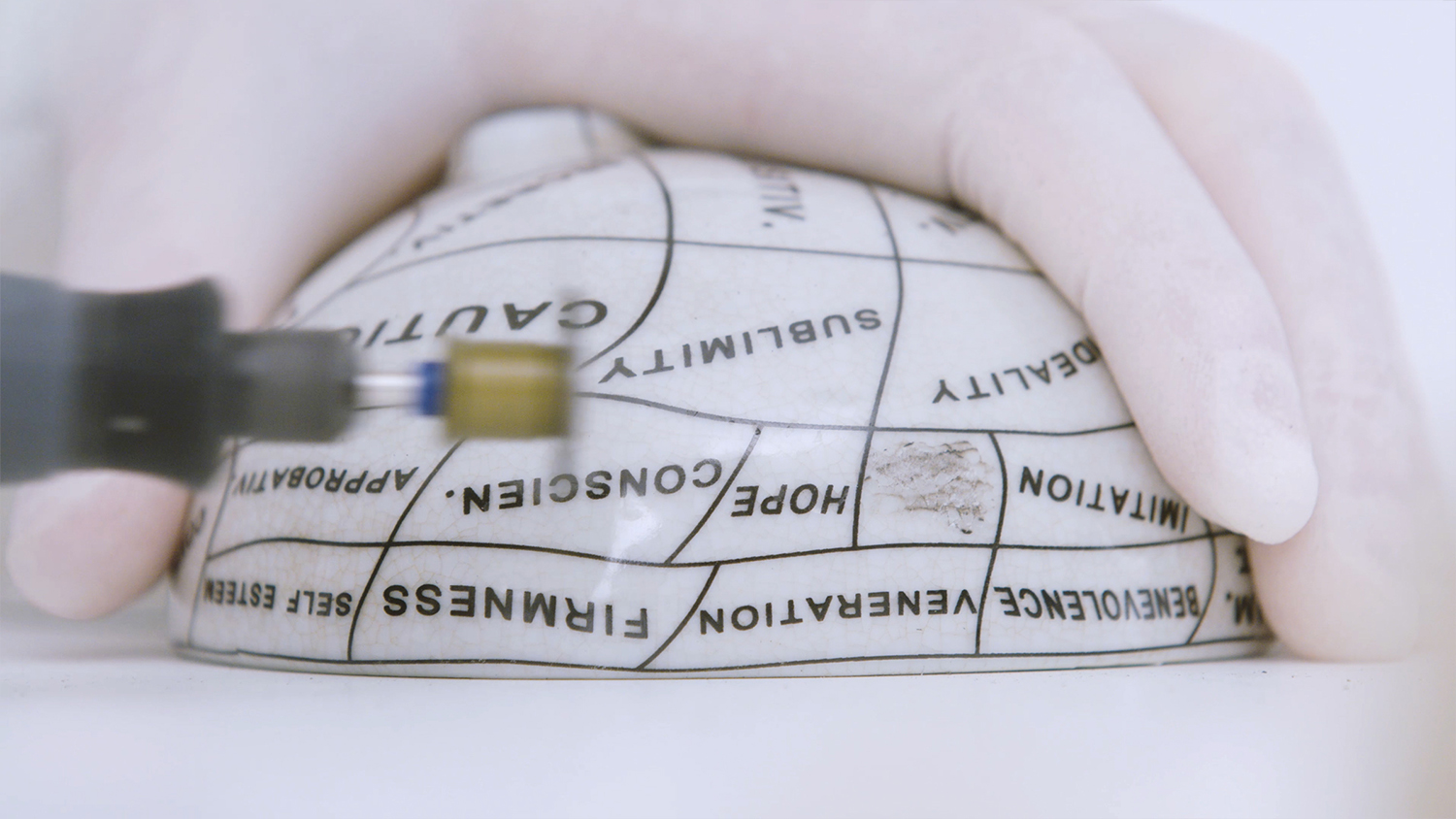 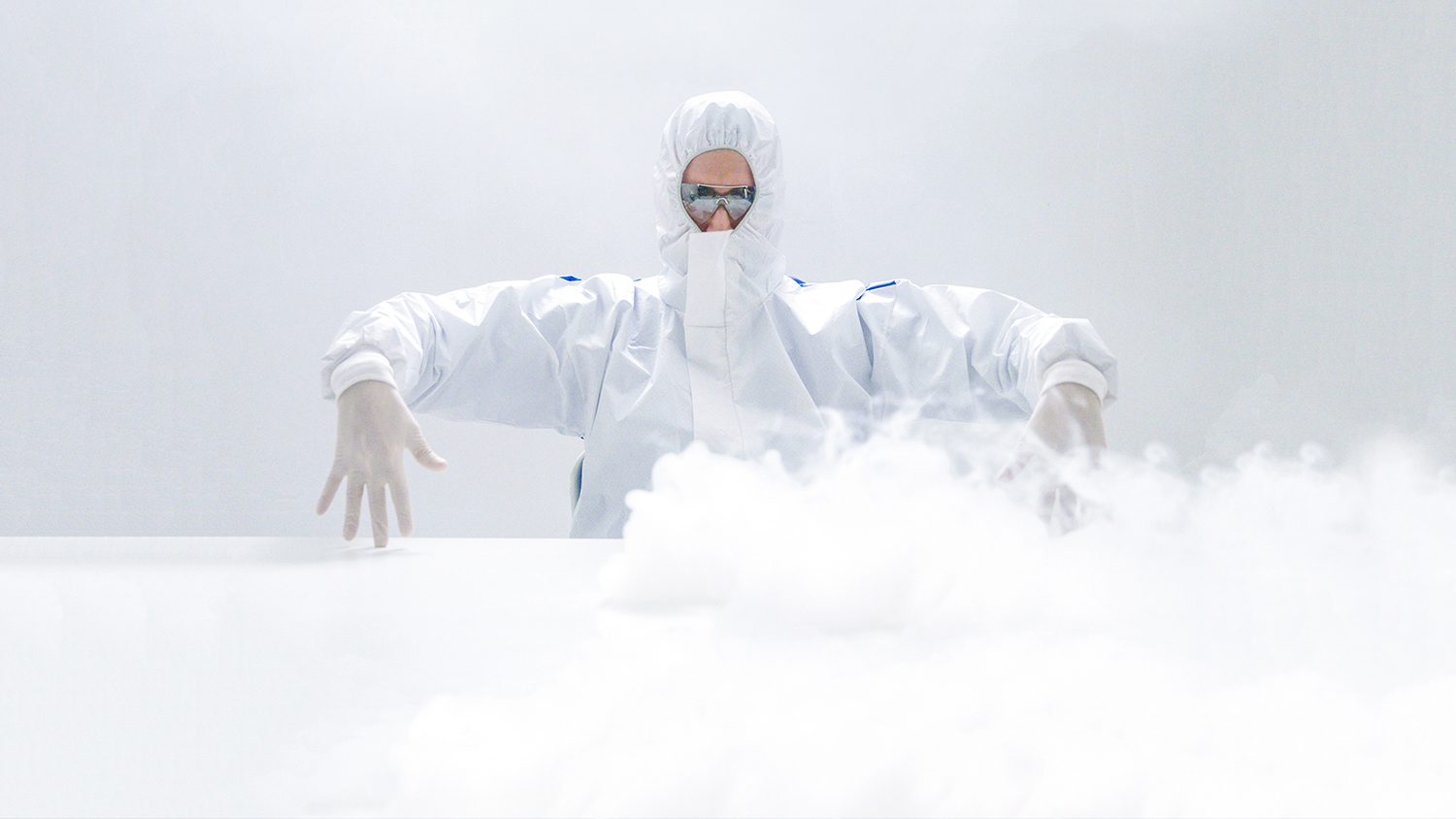 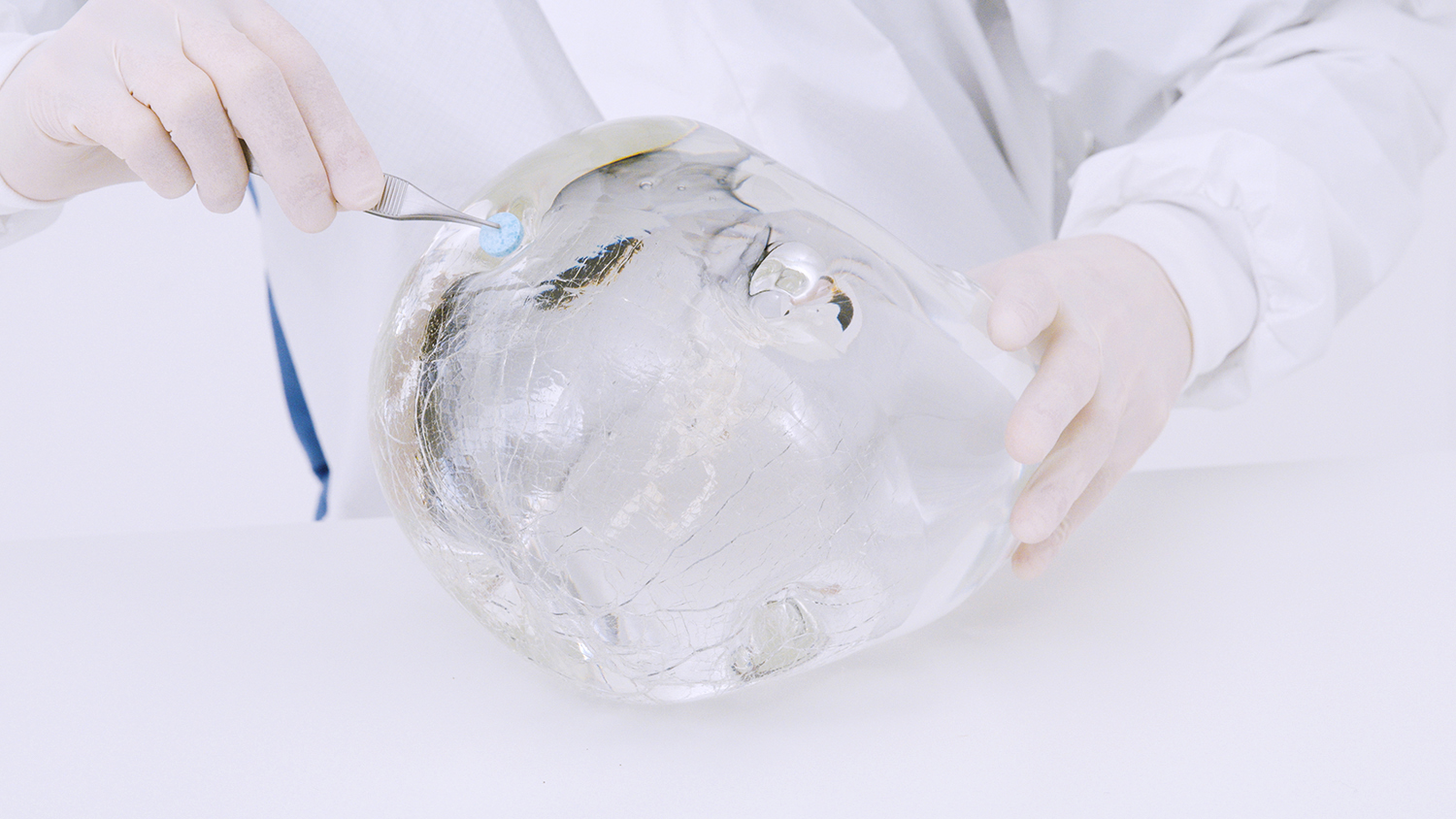 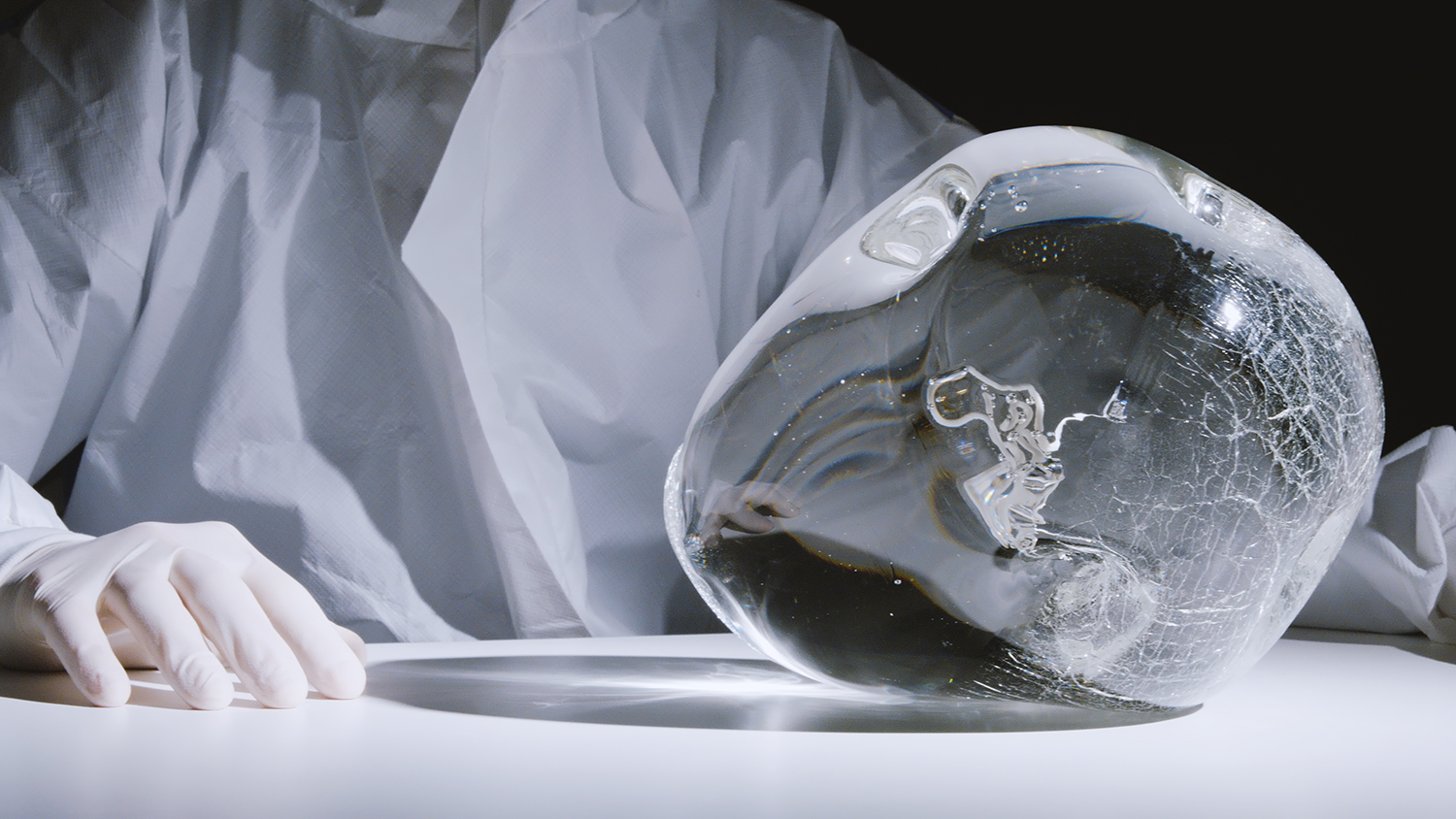 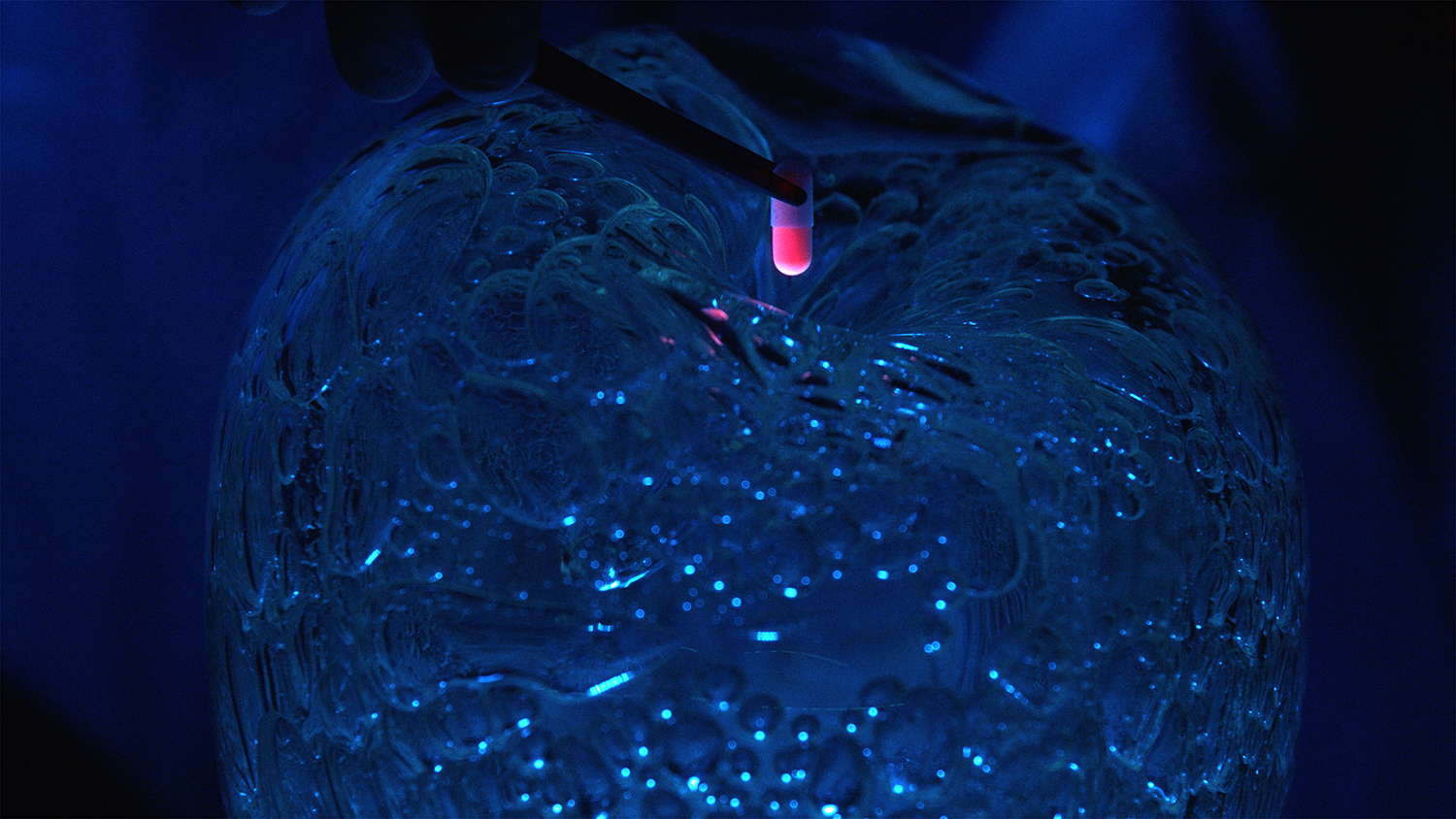 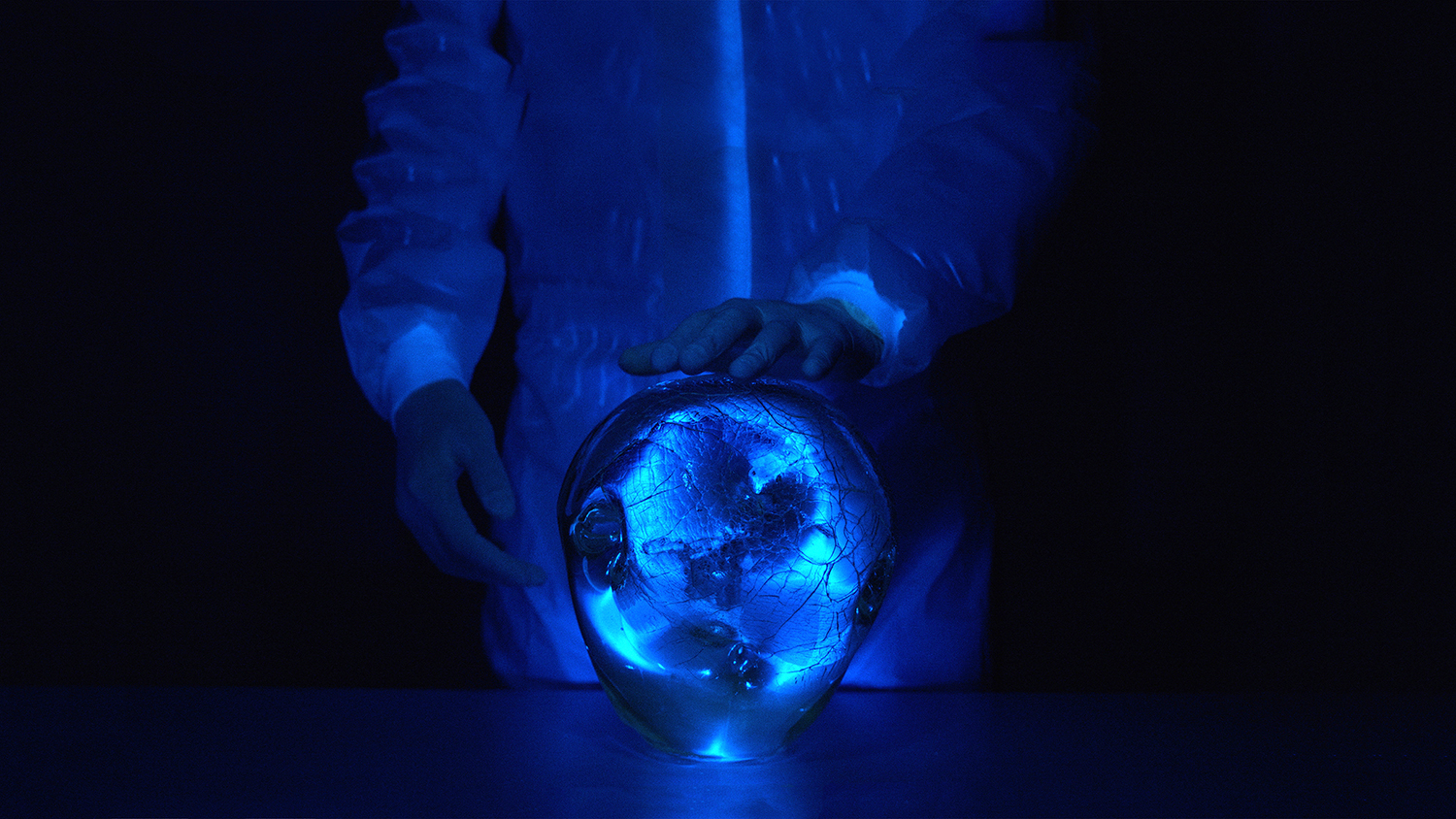 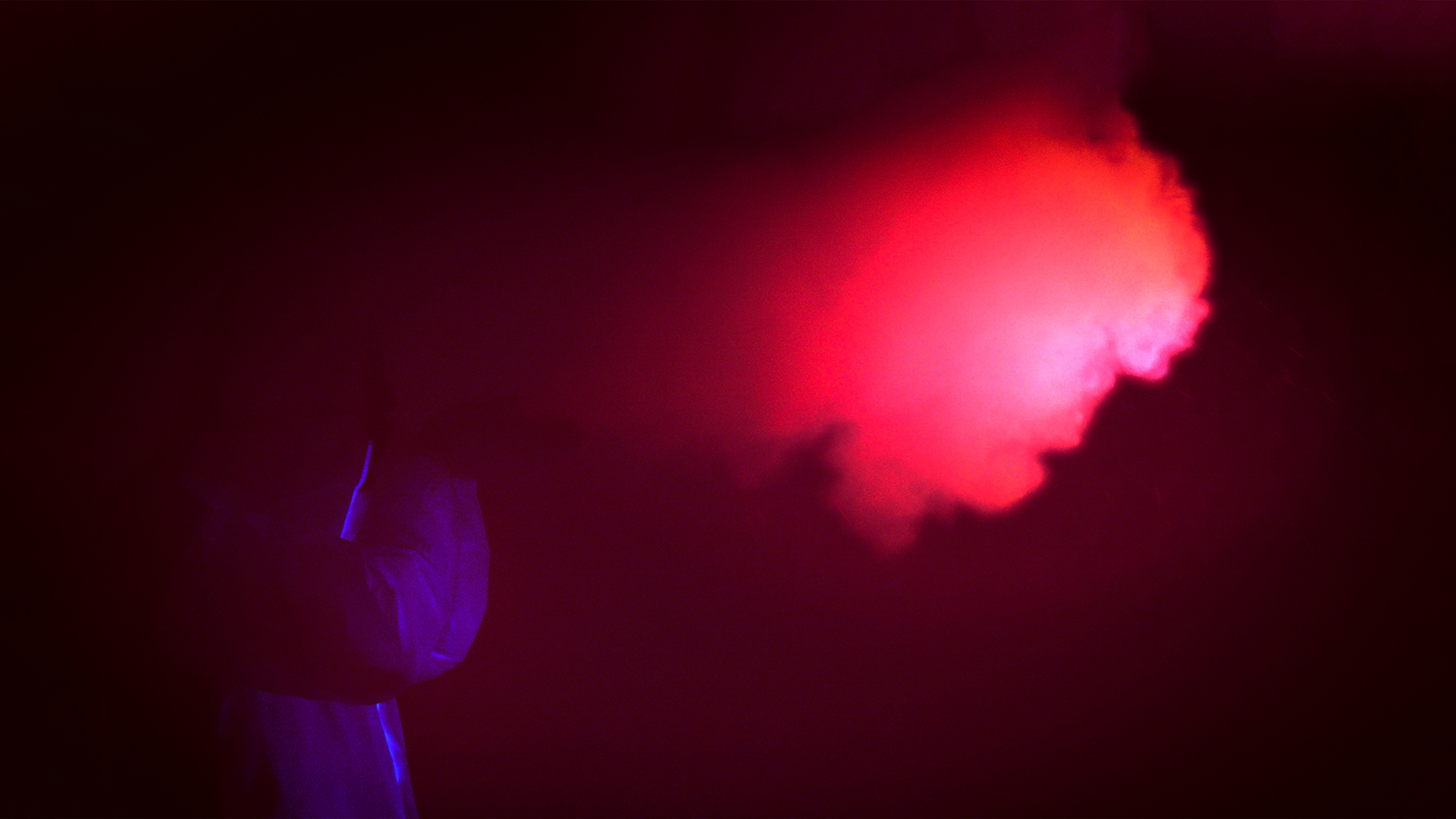 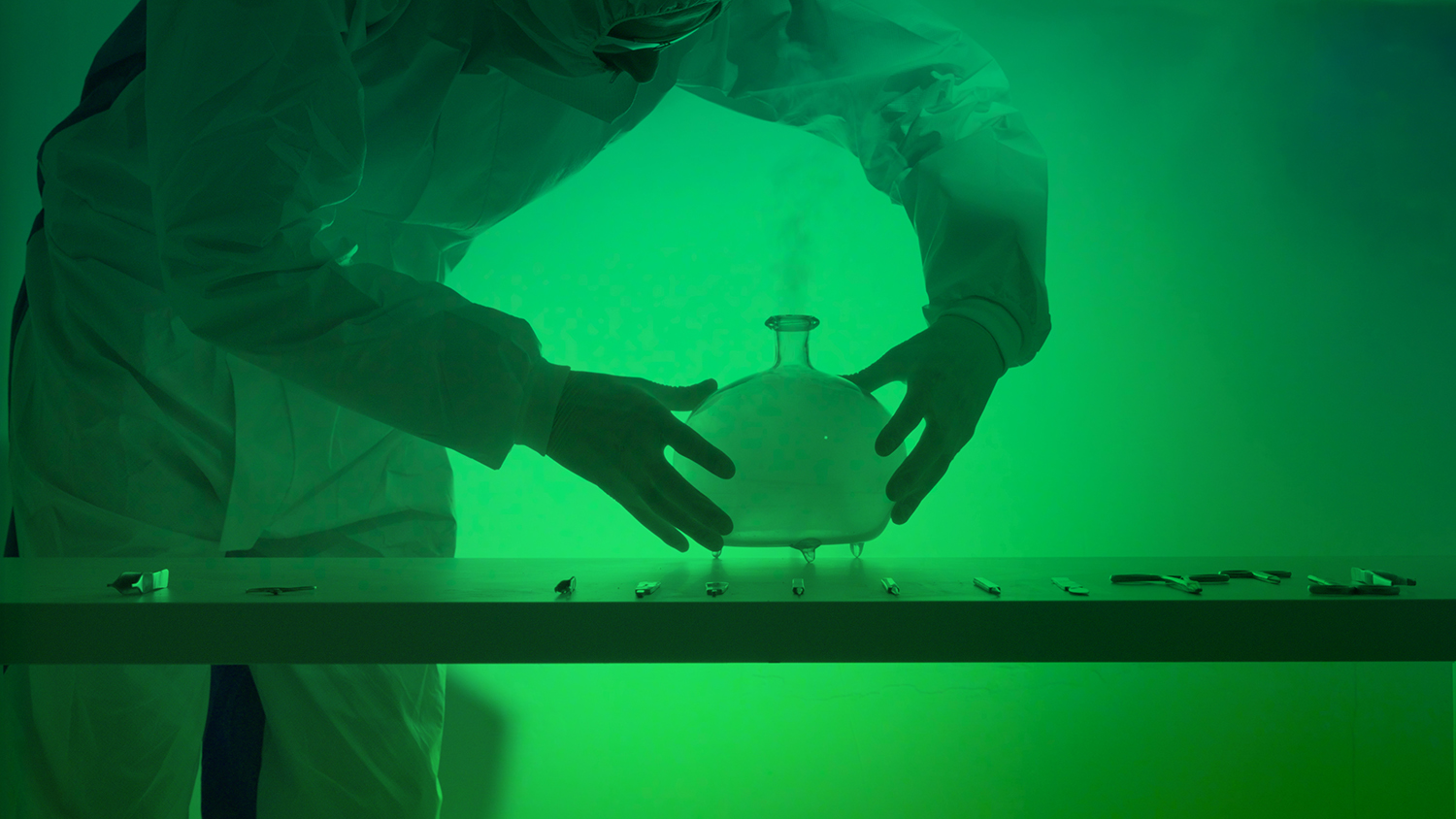 The Pneuma video explores the boundary between organic and intangible matter, white, aseptic, and bright environments alternate with black and dark ones. The movements and operations performed by an enigmatic man of today's science try to mark an impossible border between visible and invisible. In some cases, the manipulation and intervention actions are carried out with tools or acts on glass sculptures performed by the artist and which represent brain models to be investigated and changed. These technical-scientific actions relate to medical, psychoanalytic, and psychiatric disciplines in which a mind can materialize itself, in which organic feelings can be investigated by neuroscience and pharmacology through chemical balance, in order to be able to reveal knowledge and cure internal disturbances.

The sound that accompanies the entire work, specially made, in some parts resumes the distorted and disturbing frequencies of magnetic resonance imaging (MRI) used to analyze the anatomical brain structure of the artist himself.

The succession of scenes leads the observer to the border between science and alchemy remembering how medical-scientific progress is only a consequence of a previous failure, and how science itself, by definition, denies itself consequently to the birth of new premises.